Our pets are our family — whether they sleep in our beds, a kennel or outside in their own space, they are our protectors from danger, providing us with emotional support and long-time companionship.

When it comes to the humane care and treatment of our pets, we typically expect a number of things, as does the Georgia Department of Agriculture (GDA), which is responsible that the over 3,000 licensed establishments in the state remain in compliance with their regulations.

As John Gates, director at the Humane Society of Lowndes County stated, “Animal cruelty laws are not much different than those for children, but the laws are not being enforced. These are my personal views, but a law is not worth a darn if it’s not enforceable.”

This week, the Times was contacted by Susan Leavins, an animal control officer for the Lowndes County Animal Shelter (LCAS) with information about investigations performed within the last year involving the Drug Enforcement Agency (DEA) and the GDA.

Dr. Tim Thornhill, Lowndes County Animal Shelter supervisory veterinarian, was contacted by the DEA about drugs they were using.

GDA inspector Pat Smith found that Linda Patelski, LCAS director, ordered acepromazine, xylazine and ketamine off the Internet and dispensed them to Animal Control to dart animals with. According to Smith’s inspection, Dr. Thornhill was not familiar with Linda having these or dispensing them.

According to Joe Pritchard, county manager, one of the concerns the GDA had in their initial inspection in August 2010 was how they were handling drugs that are used for tranquilizing.

“I believe there have been recent tightening of regulations, because those drugs can be used in date rape and stuff like that,” said Pritchard. “All those drugs are now handled by the vet.”

Pritchard states he has never been contacted by the DEA on this matter. Patelski states that she was authorized by Dr. Thornhill to use his veterinarian number to purchase medication.

“I’ve talked to a lot of people to find out what needs to be done. Sitting and saying nothing is no better than what these people are doing,” said Leavins. “I know the repercussions for coming forward with this information in that I could lose my job, but I’m okay with that because people need to know about this.”

After making numerous complaints to both the county manager and LACS director, Leavins reached out to PETA (People for the Ethical Treatment of Animals) and the GDA to look into her concerns.

A letter explaining the chain of command was written to employees by Patelski, stating “Personnel should never bypass the chain of command and directly contact State or National Divisions: (i.e. the Department of Agriculture, DEA, GBI, FBI, etc) about internal policies, issues, or to discredit county personnel.”

“We’ve had a couple of complaints, but we were unable to really verify anything,” said Teresa Chagrin, PETA animal care and control specialist. “We always do give the benefit of the doubt to the shelters. It’s a very serious thing to criticize an animal shelter, because the main thing that happens is people stop bringing their animals there and instead drop them off in the woods or on the side of the road.”

Documentation was brought forward by Leavins that illustrates the concerns, along with problems that a number of employees have experienced with management. Numerous photos depicted the condition of animals, but were not published due to their graphic nature.

Other previous employees, Ricardo Mercardo and Amanda, who wishes to leave her last name anonymous to protect her current employment, were also contacted by the Times and echoed Leavin’s concerns with the shelter management.

“Officers were not being treated the same way as some of the other employees. Oftentimes, Patelski would have officers doing shelter work instead of going out into the field,” said Mercardo who worked at LCAS from 2007-2010. “It was just a mess as a shelter. She (Patelski) was a good boss when it came to saving the county money, but when it came to listening to the officers, she could not do it. I kept my mouth shut just to keep my job.”

According to Leavins and Mercardo, shelter attendants have been known to kick, punch or throw animals needlessly. They state that they have seen the euthanization book, which keeps a daily account of euthanization drug uses and amounts, change and state incorrect numbers at the end of almost every shift.

“My training was basically to lie on the euthanasia log. Everytime you make a pull of the euthanization drug, you’re supposed to record it,” said Leavins. “I was told to boost the weight of other animals to make up for other animals we wouldn’t record. Every animal that we could euthanize by intracardial injection we would. It’s faster, even though it’s against the law. We were told not to write that on the log, and instead were told to write IV on the log.”

Leavins has witnessed animals she believes could have made it, but instead were left without treatment. All three employees stated that Patelski kept her own horses at the shelter for 18 months at county expense.

“I never spoke up, because I was at a point where I was trying to keep my job, although later, I realized that I should have,” said Amanda, a shelter attendant from 2004-2007. “I have said for a very long time that a lot of the finances at the shelter need to be audited to find out what she was doing with the money, because when clients came in to make donations, she instructed us to only accept cash donations, because the checks would be deposited into the county fund. Clients would donate for specific purposes and we wouldn’t use the money on what they asked. The potential adoptee would just have to pay out of pocket for that.”

An investigation performed by the GDA in September of 2010 found the LCAS was in violation of a failure to provide humane care on a particular incident in which a sick bulldog was brought in for recovery, but did not receive any medical treatment for approximately 48 hours and which had to be euthanized.

“My statement to the Department of Agriculture was that the animal was given water, food and a towel to lay on while it was observed,” said Pritchard. “Protocol for whatever reason was not followed in this case and this is what the Department of Agriculture asked us about. They met with us back in February of 2011 with a list of things that we needed to address, among those improving standard operating procedures (SOP) and recommended other county shelters that we might learn from.”

According to Pritchard, shelter staff has already begun working on these updated SOPs.

According to Leavins, a number of her concerns stem primarily from the judgment and behavior of Patelski, the director of the Lowndes County Animal Shelter.

“It is a constant process to deal with the quality of food, bringing in a veterinarian and trying to decide whether these animals are survivable and eligible for adoption,” said Pritchard. “Why would I spend taxpayers’ money to have a vet come look at an animal that I know I’ve got to put down anyway? Trying to find the balance between common sense, humane treatment and financial responsibility is a constant concern.”

To assist Leavins and other animal control officers with complaints, the VLC Humane Society provided officers with pens equipped with video cameras to assist in animal cruelty cases.

Pritchard received copies of the video images and considered them as part of his investigation.

“The last thing I want is there to be statements of misinformation to be made to the public. We try to be as middle of the road and balanced to provide ethical treatment in a fiscally responsible method,” said Pritchard. “If all that she claims had validity that I thought it needed attention it would have been a different circumstance and a different situation. Anybody can take things out of context, combine half-truths and innuendo to weave it and construe it to make it something it is not.”

“There definitely needs to be a change. Hopefully the sheriff’s office will take over,” said Mercardo. “Sue (Leavins) is trying to put it out there and let people know what’s going on. The badge we wear does mean something and when that crap is happening it does not look good for us. We represent the courts, work and hard and have been treated unfairly.”

“It could definitely be a great place, but as part of my job, I’m supposed to go out and fine citizens for cruelty to animals, when there’s far worse happening inside the actual shelter,” said Leavins.

“There are things that I’ve seen that I thought would surely send me to hell, but these things have to be made known.” 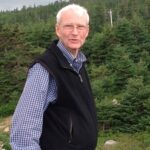 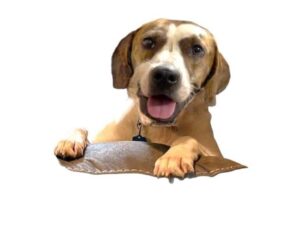 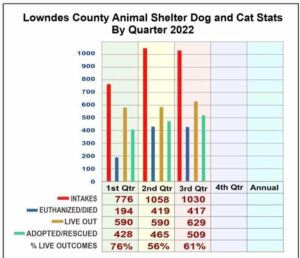