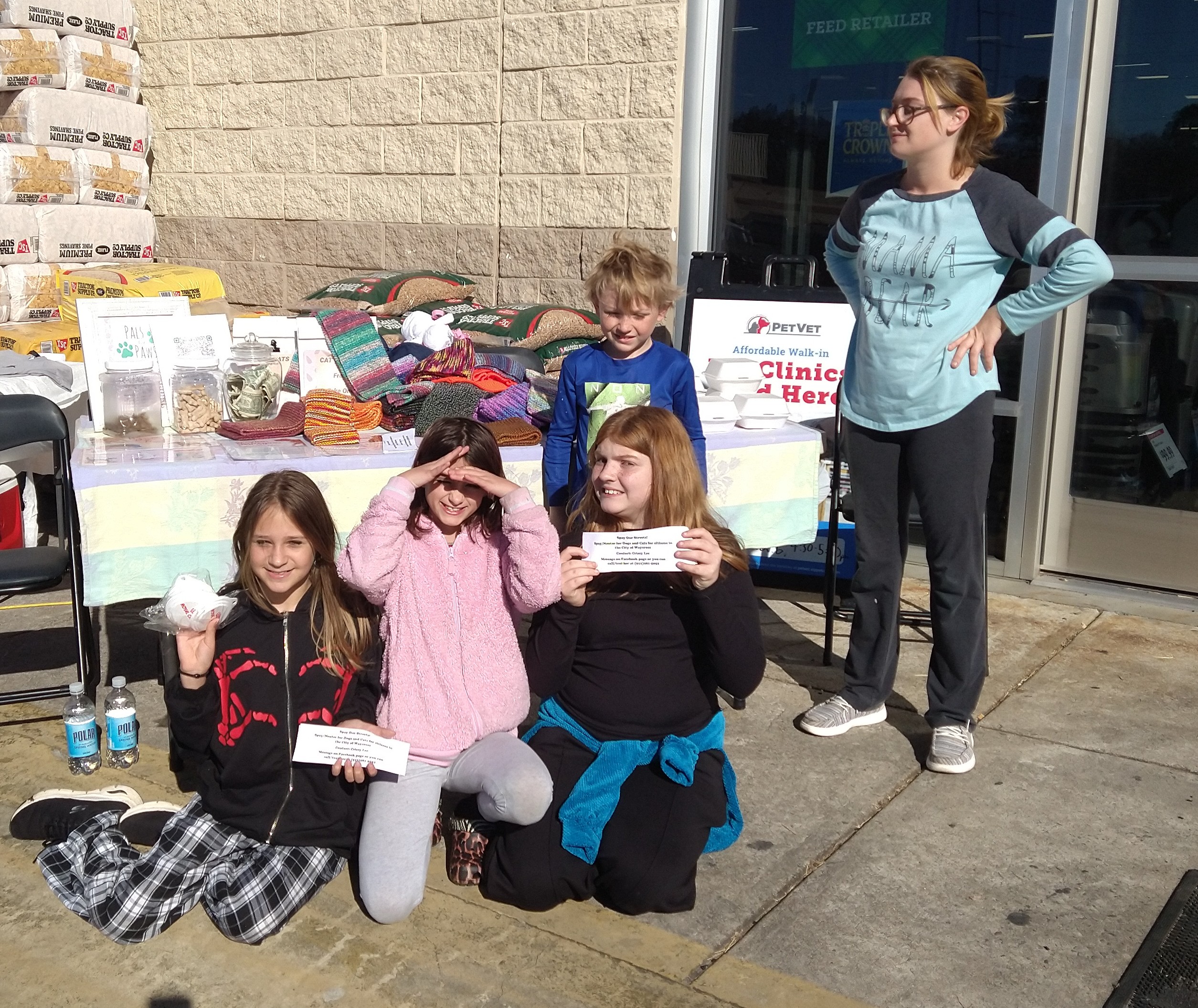 Name: Crissy Lee
Story: I am nominating Crissy Lee from Spay Our Streets! She saw a new page on Facebook called Justice for the Five and was disturbed by the story. There was a mama dog named Sosa and her 4 five day old puppies that were killed by Animal Control and a local veterinarian, through no fault of their own, in Waycross, Ga. (Please see the page for the full story). So, Crissy decided to bring about something positive from such a sad incident. She decided to start helping to spay/neuter animals in her neighborhood, to help prevent unwanted litters and overpopulation, with animals winding up in the shelter. She made a Facebook page called Spay Our Streets! and started having fundraisers at her local Tractor Supply (they have been extremely supportive of her cause) to raise money to pay for the surgeries. She bakes goodies in her kitchen (cookies, cupcakes, Fruitty Pebble squares, pineapple upside down cake slices, you name it), sets up outside Tractor Supply and brings her "army of little feet" to help raise donations. Not only does she hold the fundraisers, she schedules the appointments with PeachState Animal Rescue Foundation (PARF) in Jesup, Ga, picks up the animals and brings them to the appointments (thus ensuring that the animals make it there and appointments aren't missed or wasted) and later picks them back up from the clinic and returns them to the owners. She covers the cost of the surgery, a rabies vaccination and also provides microchips, which the clinic graciously inserts free of charge. She also registers the microchips for the owner. Pals for Paws of Ga started helping Crissy as initially, there were a couple of negative comments from some members in the community. Now that she has backing from a 501(c)3, giving her validity in her cause, the naysayers have fallen silent and Crissy is continuing her great work full steam ahead. She also received the proceeds from sales of Justice for the Five tee shirts to help with donations. Now, she also has the backing of Georgia SPOT Society helping to pay some of each bill from the clinic. Crissy started by having five appointments a month, but since she is growing more followers to her cause and continuing to receive donations, starting this month (January), she has been able to increase her appointments to 10 animals per month. She started all this in September 2022 and at the end of December 2022, she was able to has a mix of 20 dogs and cats spayed or neutered. Todays clinic had 10 dogs. Her goal is to continue doing this monthly and she is already expanding outside her own neighborhood, offering her services to anyone in the City of Waycross. Crissy is a true animal lover, fostering animals, volunteering at Allmon's Camp Animal Aid in Blackshear, Ga when time allows and she even recently rescued a mama dog under an abandoned house with an older set of puppies AND a second younger set. She does all this while babysitting neighbors kids along with her own and running a household. She is the perfect example of what a grassroots initiative can accomplish! I feel that she is deserving to win this contest as she is just starting out and any monies will help her to continue with this great cause. We need more people out there like her, helping to make the lives of animals and their owners better, to make their communities a better place to live.