Echols Animal Rescue, Serving Selflessly, When No One Else Would!

Echols Animal Rescue, Serving Selflessly, When No One Else Would!

This is the story of Michelle Lane Dupree, of Echols Animal Rescue, in Statenville, Georgia, a neighboring county to Lowndes County, who has dedicated herself to animal welfare saving thousands of lives from needless slaughter. Her contact information is at the end of this article. I encourage everyone to give generously to her Rescue. Burton Fletcher, President, Burton Fletcher Foundation for Animals, Inc.

The Echols Animal Rescue started in June of 2009 and has saved more than 2,200 animals to date! It was opened after learning that Echols County paid both an animal bounty hunter and the shelter in another county, $48,000 each for euthanasia; that is a rate of $50.00 per animal, in a state which euthanizes, on average, nearly 30,000 animals each year.

At that time, Echols county did not have animal control, but they hired a guy to do it on a “bounty” basis. The county had a contract with an Animal Shelter in another county, so each time he turned in a cat or dog to be euthanized, both the shelter and animal bounty hunter made money.

It turns out the animal bounty hunter was not doing “stray holds”, where they hold for a certain number of days in case the owner is looking for them; he was catching the animal then turning it straight into the shelter to be euthanized, for profit. The county paid both he, and the shelter, instead of hiring an animal control officer, and putting that money into a shelter. With over one million animals euthanized in the U.S. each year, and thousands in my county, it was then that I knew I had to do something.

When I started out, it was very hard. I felt like I was getting nowhere, and people here would not help or donate. I went to County Commissioner meetings, but it was so frustrating because they decided that animals were not going to be helped around here. They paid to cover one vet bill of $1,800 but that’s all the help I’ve gotten from them. Our community just assumed that the county gave me money to pay the vet bills.

So, I started having fundraisers, online and in person, to earn money to pay our vet bills. We have an auction every November, as well as yard sales, car shows, and selling donated raffle items. I started a Facebook page (Echols Animal Rescue) and started generating help and donations outside of our county. With our non-profit status and animal license, I started making contacts with bigger rescues to take my animals once they were fixed, and we started getting a few fosters. Most of my money comes from donations out of the county and the state. If selected, we may get a grant from the Department of Agriculture, to spay and neuter.

Eventually, the county hired a contractor to trap vicious animals, but this is not very helpful to the community because he cannot write tickets and do proper animal control. And his contract ends in April of 2022. So, the problem is if an animal approaches someone’s house and I can’t help them, the animal gets relocated somewhere else, is shot, or is run off their property.

People have asked me how I can do a stray hold, being that we are a rescue organization. Working in conjunction with the Department of Agriculture, I had two of the three County Commissioners sign a paper stating that, because we do not have animal control in the county, I am allowed to do this hold with animals which come from within our county lines, before determining further action. Without our organization, the animals in this county would receive no help.

I am happy to say that we now have Facebook and Tok-tok followers on our Echols Animal Rescue pages. With those donations, and help from bigger rescues, we are making it happen! We struggle every day, but I cannot stop. I think if I stop what will happen? Some people may say I have not made a difference, but in my thirteen and a half years of doing this, we have saved thousands of animals in my county. By the time I get an animal, it is already in such bad shape that most times it takes a lot to get that animal healthy again.

Some naysayers chided that I would not last; that I would fold. And it has been, and is still, a struggle to pay for vet bills and supplies, but I am still here! I do most of the animal care at my home. Some are in foster care, some are unhealthy dogs or unsocial dogs who will never leave, and/or require medications around the clock.

I generally handle everything from our in-takes and out-takes to vet appointments, finding rescues, and raising the money to keep us going, so all my time is devoted to this rescue, with little time for myself and family. Despite that, my husband has been my biggest supporter. He helps me feed the animals, picks up medication and takes some animals to the vet.

I have a small building in my yard that is cooled and heated, and they each have their own kennels with a radio, so they do not bark every time they hear something. We have a high electric bill, and a building payment each month, both of which are dependent on donations. So, with comfort comes
another stress of making those bills every month.

We Have A Long Way To Go:

I decided a long time ago I would not euthanize those animals but give them a home to live out what time they had left. If I close, once again there will be nothing here for them. No, I can’t help every animal because I do not have the resources, but I do make a difference. So, all the hard work, crying and begging for help, has led me to where we are today.

Thanks to all our followers who have helped me make this difference because if not for your donations, I could not help the ones I do. But honestly, we need continuous donations of money and supplies. If we work together, we can do this. And although we struggle every day, I will not stop helping the voiceless. 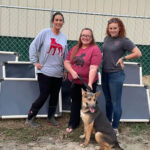 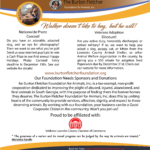 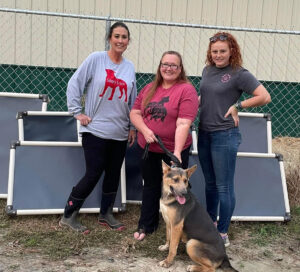