I read the following on Facebook on January 12, 2022 regarding Candas A. Bennett of Paws Furever Home, Inc. in Tifton, Georgia. Hers is just one story among many who dedicate their lives on behalf of animals.

What an inspiration it was to meet Candas. It was tricky to find her rescue, so we called her and she talked us in. She greeted us with us a big smile and an open heart. And what a heart it is!

Candas rescues dogs from pretty much anywhere – dogs from any of the four local counties who don’t’ have shelters, dogs dumped by police or residents at the local vet, and lately, she gets a lot of dogs left outside the Dollar General. Her county, Tift, does have a shelter, in fact, that’s where she started.

Seven years ago when she moved to Tifton, she offered to drive a few dogs for the local Tifton shelter. Those first runs, driving dogs from the crowded shelter to safety in the north, led to more, until she bought a van just for that purpose, driving professional transports north. After two years of nonstop transports, she was exhausted and turned to ‘fostering’ in her kennels she named Simply Grace. And that led to creating joining forces with Paws Furever Home, a 501c3 nonprofit (that was originally a cat sanctuary), and the small shelter she built on her property, where we met her.

Candas rehabilitates the dogs – many with health problems, starving, pregnant, nursing puppies, heartworm positive, abused, or neglected – and sends them north on transports, often to Canada. Many are throwaway dogs, yard dogs, dogs that are discarded, abused, unwanted.

We talked about the familiar struggle of rural areas as three adorable puppies (headed to a rescue in New York soon) romped in a play yard beside us. Then Candas took us inside to meet some of her dogs.

There were several dogs recovering from starvation after their owner passed away and the police took the body but left the dogs with no local relatives nearby.

Another sweet blue pitbull coughed softly and took the treats I offered in his lips (he had no teeth). Aries had been living in a metal crate too small for him for no one knew how long, but it was long enough that his legs were deformed. At the time he weighed 27pounds (he now weighs nearly 70 and is a healthy weight). Two times animal control officers were sent to check on his welfare and twice they said he was fine. Fed up, Candas went to the home and offered the family $50 for the dog. His heartworm is so advanced he is basically in heart failure. Unless someone steps up to offer hospice, Aries will die at the shelter with Candas.

Back outside in the sunshine, Candas told us about her efforts to lobby the Georgia legislature to change animal laws. She understands that things won’t change until the decision-makers understand the scope of the problem. She is working with Ann Marie, another rescue advocate who is a former accountant, and a lobbyist funded by the Georgia Pet Coalition, Inc.. Together they are collecting the numbers—how many dogs abandoned, how many dogs euthanized, how many feral cats, how many unwanted litters, and the cost of all of them to the citizens of Georgia. She wants the lawmakers to understand how disproportionate the number of animals is for such a small population in a rural area. She wants to speak to these people in power in a language they will understand (numbers and money) so they will see that better laws, real shelter facilities, trained animal control officers, affordable/available vet care, will not only be better for the animals and help rescue advocates finally rein in the overpopulation of unwanted animals, but it will impact their constituents, the very people who vote them in to office. More than that, it will save lives, help the state become more humane, and ultimately save money.

This year Paws Furever Home has saved over 340 dogs and 400 cats. Those are impressive stats and a testament to the determination, hard work, and resourcefulness of this impressive woman who is as kind as she is tough.

Meeting people like Candas and hearing her story is why we are traveling in the south. There are so many heroes working their hearts out all over these rural parts, down pine-tree-lined empty roads where the Dollar General is the defacto supermarket. It is our privilege to spend a few hours with them, hear their stories, and meet their animals. We only wish we could do more than share their stories.

If you’d like to help support the work Candas is doing, you can send a donation or we will post their Amazon wishlist when we get it. 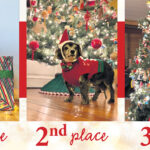 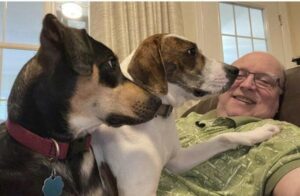